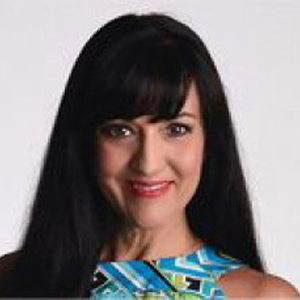 Susanne Zavelle  R.N., B.S.N. has always had a passion for health and wellness and started lifting weights and distance cycling at the age of 16. She received her Bachelor of Science in Nursing from Texas Woman’s University in Houston, Texas in 1992. She spent the early part of her healthcare career in Labor and Delivery &  then returned home to raise her two children. After witnessing the suffering and subsequent passing of her best friend to breast cancer she decided to follow a lifelong dream of being a professional bikini athlete. She began her fitness career in 2013 and by 2014 she was ranked 2nd in the Nation in Masters Bikini over 45 division of the NPC. At age 47 she made history as the oldest bikini competitor to hit the stage at the Arnold Classic. In May 2014 she partnered with Isagenix, a global nutrition and wellness company & quickly become one of the top Sponsors in the world. In August 2015 she was named an official athlete for the company & along with many other Olympic and Professional athletes she has seen the benefits of using a protein supplement that has a 90% absorption rate. She is enthusiastic about nutrition and natural supplements and loves to share her knowledge with others in order to help them achieve the highest levels of wellness that is possible. Her passion for helping others has lead to her working with Wounded Warriors at an equine therapy center in South Carolina. In her spare time she enjoys SCUBA diving, equestrian sports, sky-diving and spending time training in the gym.

Ultimate Workout and Recovery strongly recommends that you consult with your physician before beginning any exercise program or the use of any of our products. Additionally, we strongly recommend that the product is assembled using construction gloves while the product is lying down and by someone that specializing in assembling products. It is also suggested to use WD40 lubricating oil for adjusting of the system. Please seek advice from a trusted professional therapist or personal trainer on the workouts and fitness routines. This product is intended for adults and for children 10 years of older, under adult supervision, and the gym should never be left unattended around small children 5 years old or under. The Ultimate Workout and Recovery System MUST be installed correctly using the thresholds as its base goes directly under the legs of a chair or bed for stationary function and security AT ALL TIMES. The gym can be drilled into the ground using concrete screws of Tapcon® screws; once the unit is anchored into the ground, it can be used while standing up, and only then can it be used while standing up. The warranty on the steel/aluminum structure/gym is good for 5 years. Please contact us regarding the warranty on accessories. Structure/Gym manufactured in the USA. Please allow 5-7 weeks for delivery.